I was looking at pictures of my old models and found this Panzer IV.
I made the kit in 2008 and fortunately some notes were attached to the archive catalog.
So according the records the kit was made from Dragon 6363 set with Friulmodel tracks, Aber turret skirts and scratchbuilt parts (those wooden planks weren't my idea - I saw them in the Internet with some other IV) . Also the suspension was workable. It was painted with acrylics.
I didn't make any notes about figures but they are from Legend and Warriors I suppose.
I like the kit and figures but to be honest I must say that the chipping work was overdone. However after 3 years who cares!
The pics: 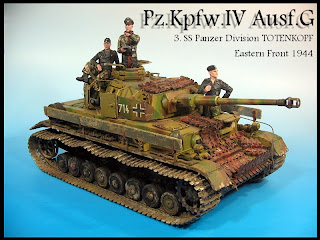 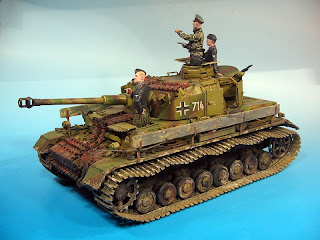 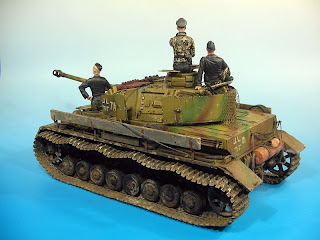 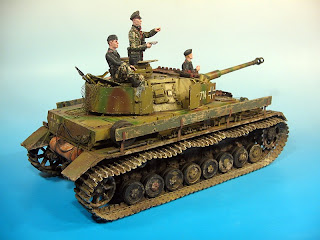 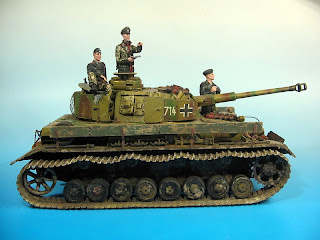 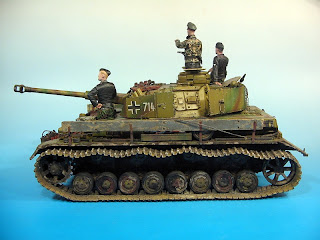 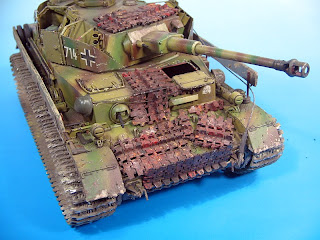 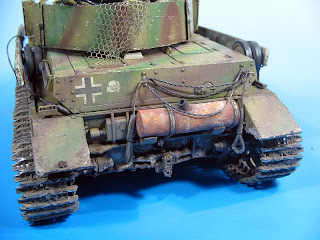 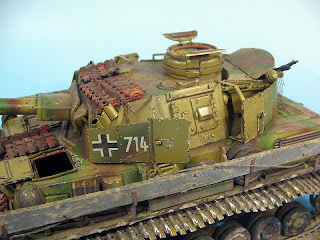 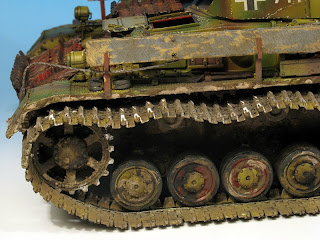 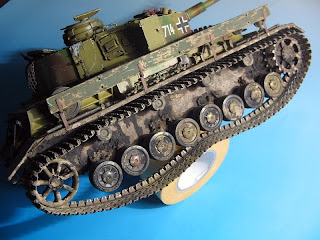