It is not so popular as the rest of German military vehicles; even among the so called ”paper panzers” it is far away the spearhead. When the kit was released I did not even check the review because of the subject which suppose quite boring for me. The time flew and I did not bother of this one. Out of the blue my friend asked me to build this vehicle for his collection with free hand in finish appearance. 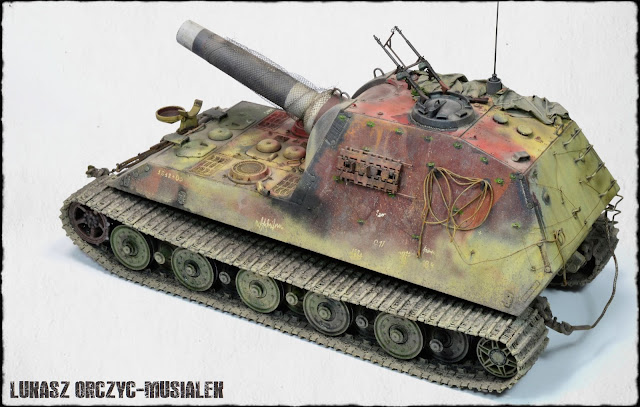 Well, in my standard procedure before the parte were cut from the sprues I started to look for ideas and interesting camo scheme. Quite fast I met the pics of Adam Wilder’s superb Bär which was my inspiration, especially for the building but also for the painting stages. But the most important was to find some interesting colors for this project. All of the painting charts I saw in the books and in the internet were unsatisfactory. I felt that they were not suitable for my project. Then I found my E-75 kit from 2015 where I painted all sections in different colors and finish. That was it! 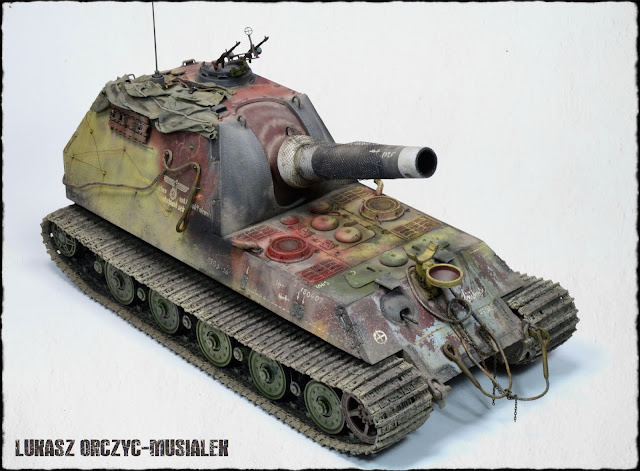 The idea was to create the vehicle which was taken to the service right after it was fully movable and armed. This is why I left the tools and small elements in the spare box. In the matter of colors I wanted to build multicolored model with factory unfinished surfaces and some freshly painted yellow camo. The steel areas were planned to be painted in different manner to simulate two conditions: storage circumstances (rust) and various sources of origin.
As the additional elements I planed to add Wilder’s dry stencils and Verlinden’s German wall slogans. 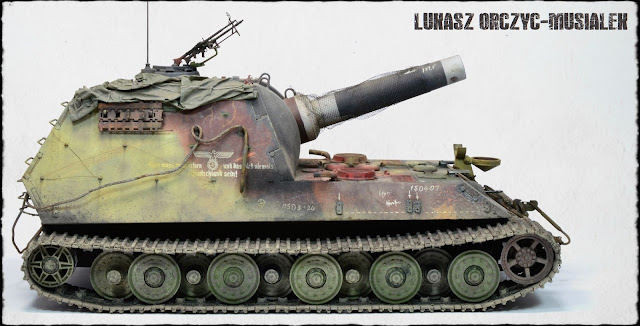 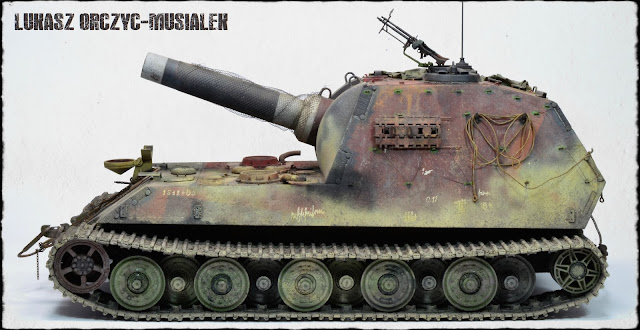 When I was thinking about the storage and checking different elements I realized that there is no space on the superstructure to add any. The towing cables and wire tied to the hooks would be enough this time. The tarpaulin on the roof was the only super addition. 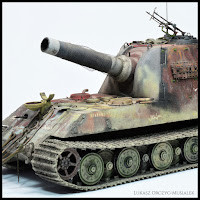 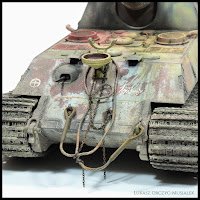 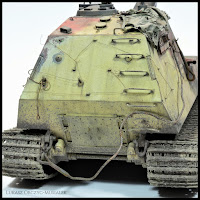 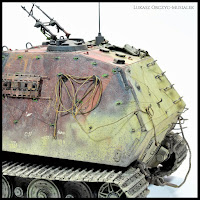