This vehicle is not well know for modellers so here first I would like to present a bit this construction. so first a bunch of information. 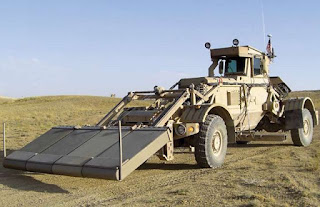 Chubby was the first name of this vehicle but it was changed for Husky. The full name designation is Vehicle Mounted Mine Detector (VMMD). It is a wheeled landmine detection and route clearance system produced by DCD Protected Mobility. In the 1970s the original developed destination was the South African Army – Husky I was the original and Husky II and III are upgraded versions of the basic variant. The latest VMMD variant, Husky 2G, is a two-seat vehicle accommodating a driver and a sensor operator.

The vehicle has a length of 7.34m, width of 2.53m, and an overall height of 3.54m. The operating weight is 8,350kg. The VMMD’s engine is capable of generating a maximum power of 201hp and move the vehicle at a maximum speed of 72km/h and can reach a speed of 50km/h in just 16 seconds. The vehicle has a maximum range of 400km, and a range of 200km when attached with Mine Detonation Trailer. 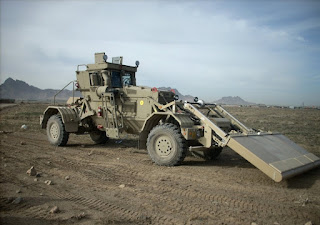 The Husky VMMD incorporates a V-shaped hull offering optimum protection against blasts - the vehicle is designed to withstand high detonation and can be brought to operating conditions within two hours after an explosion. The cabin is fitted with a bullet-proof glass window and a single hatch is provided on the top.

The Husky VMMD is capable of detecting both metal and non-metal buried explosives (landmines and improvised explosive devices IEDs) but can also be customised to detect user-defined threats. This vehicle can clear a path of three meters at a maximum speed of 50km/h. It can run over pressure-fused anti-vehicle landmines without exploding them. The height of the sensor installed on the Husky can be controlled automatically to adjust in various terrains. The Husky is also attached with the MDT set to detonate any left out mines.

The vehicle can be also equipped with NIITEK's VISOR™ 2500 Ground Penetrating Radar (GPR), with four panelled 3.2m array at the front. The GPR detects the mines and explosives by using hydraulically-controlled deploy and retract modes.

The international marketing and field support of the vehicle is provided by Critical Solutions International who are also responsible for marketing in US. The Husky VMMD vehicles are operational within a number of countries across the globe. A lot of them are served in Afghanistan as a part of US Army units. 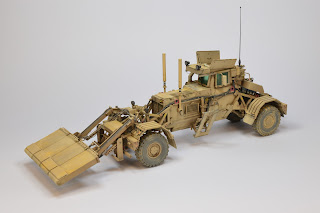 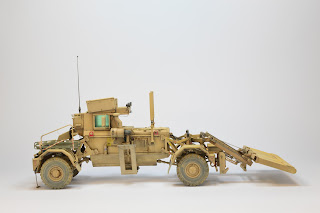 Truly speaking this kit was not in my particular plans for builds ever but the friend of mine asked me to build this one as a part of some big project he is involved to. After fast googling I decided to take this job and start wtih this kit as soon as possible which means that it needed to wait about 2 month for its turn. In first glance I stated it was the ugliest military kit/vehicle I have ever seen but after days of building flown I started to like this monster. With perfect Tankograd monography book with super pictures the building was easier. But to be honest,  not all of the details were clearly shown. I did my best to make them but this is still a mystery if I did it correct. I had free hand in finishing and adding some equipment so it was my favourite way of building models – total artistic freedom! 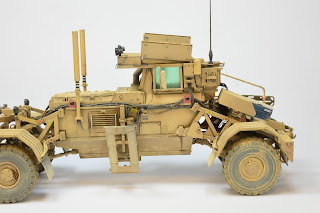 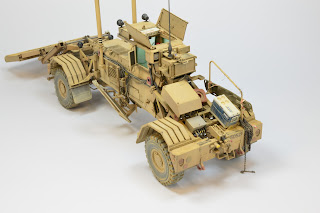 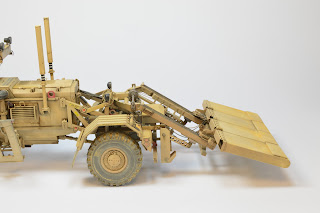 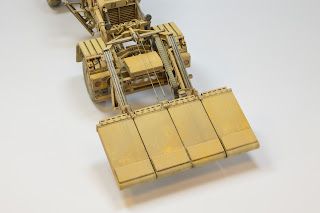