The Syrian civil war that is happening at the moment is, next to the Ukrainian war, the most recognizable conflict we can see day by day in the news. So it is also the inspirational for all modellers who build modern vehicles to show their models in scenery seen in the pictures from this region.
When I was asked to build some urban looking vehicle I intended to set it in the Syria. I had Trumpeter’s new ZSU-57-2 on my shelf so I started to look for the pictures of this vehicle. Truly speaking it was really hard to find good pictures and existed ones are mostly useless for my project. I found only couple shots taken in discussed region; there are also some good walkarounds. So based on those I needed to start my creative powers and complete this project with stuff I had in my boxes.

The main idea was to show the ZSU as a main subject with company of 3 or 4 figures. For the background I wanted to use Macone Models resin and plaster products – different types of walls with metal doors and asphalt section. The highest point was some pole with telephone wires which is typical and often seen in the pictures the same as satelite antennas. 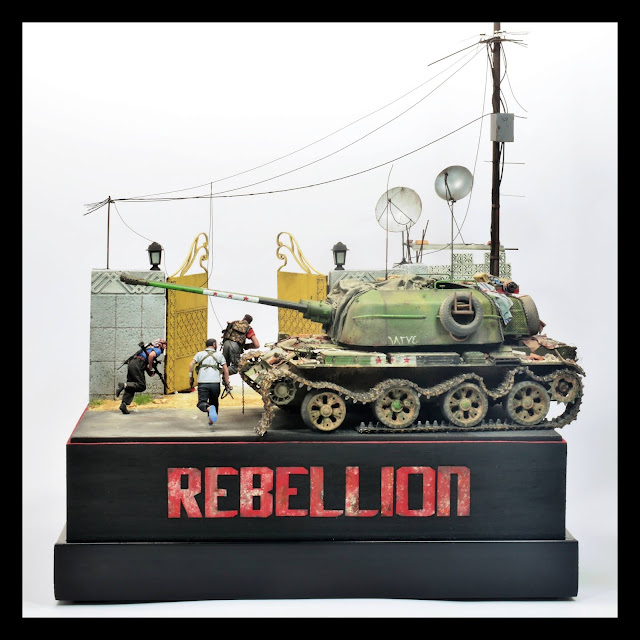 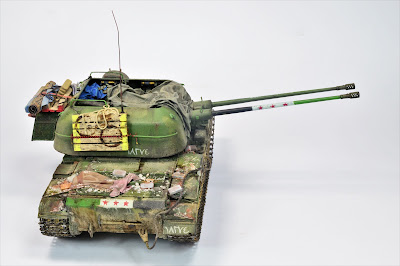 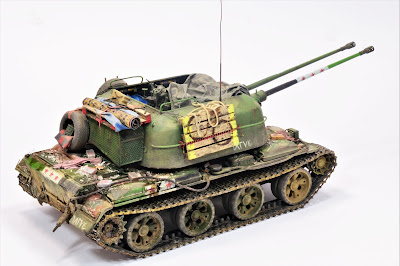 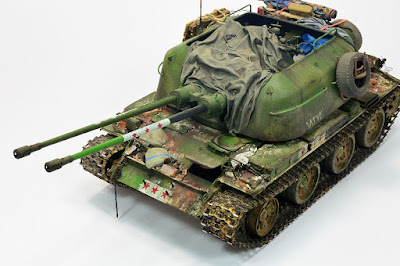 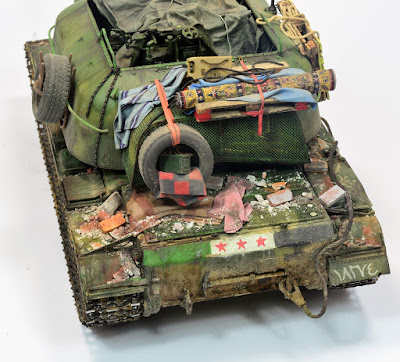 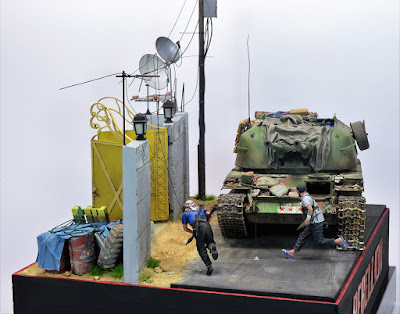 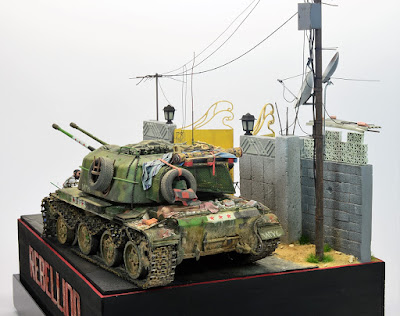 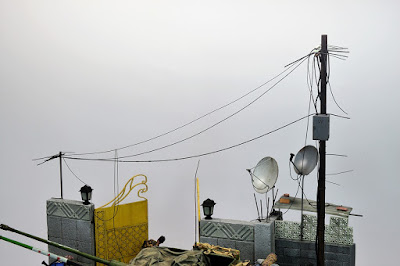 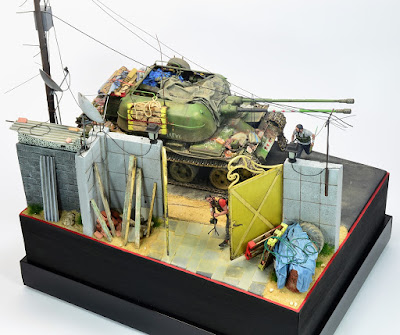 The full s-b-s- article was published in Tanker. 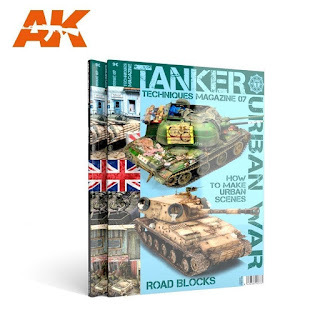