The kit is a unique so first I would like to present some basic information about this vehicle.

So, the Foster-Miller TALON robot is a small, tracked robot designed for reconnaissance and combat missions. It can be used on different surfaces - sand, water, snow and even stairs are not a problem. The robot is controlled through radio or Fiber-optic link from Operator Control Unit. US Army uses it for explosive ordnance disposal and disarming improvised explosive devices.The robot costs approximately $60,000 in its standard form.

The Talon has been deployed in military service since 2000 - in Bosnia, in Ground Zero after the September 11th attacks, in the war against the Taliban in Afghanistan and in Iraq, where its standard role has been performing EOD and IED destruction missions. According to Foster-Miller, the robot has performed around 20,000 EOD missions in the conflicts in Iraq and Afghanistan. 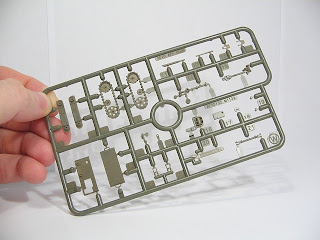 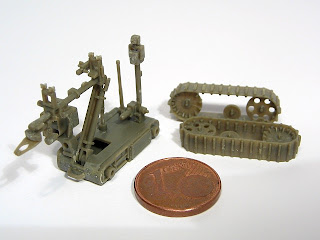 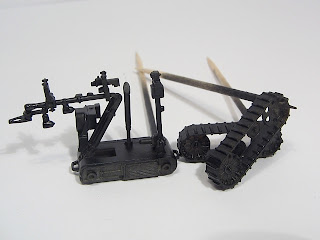 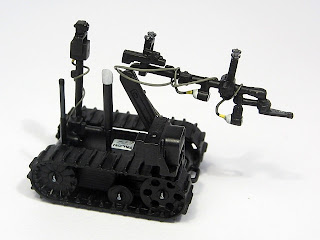 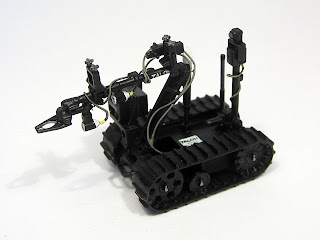 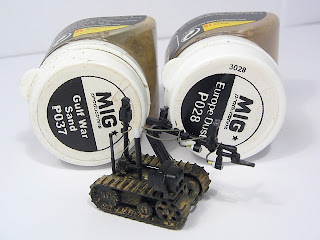 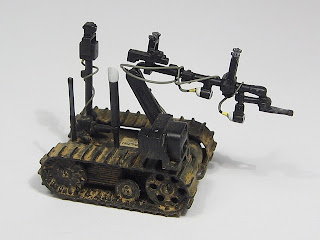 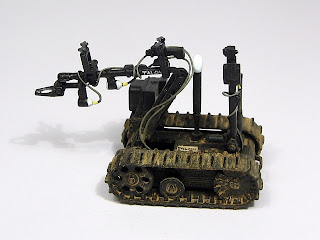 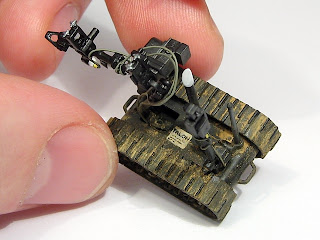 And here is the picture I like best (found in the Net): 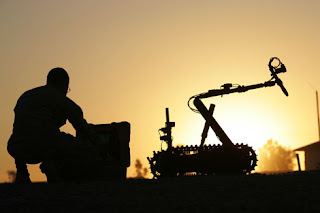